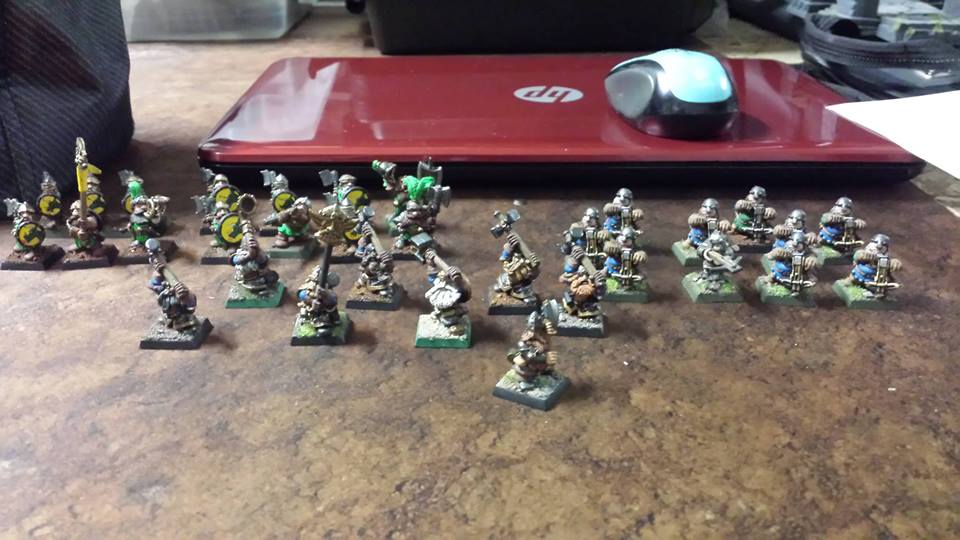 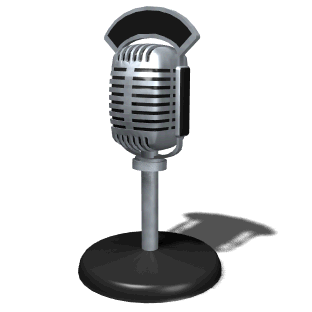 Those of you that have known me for a long time will remember I used to be an avid Podcaster, I have to be honest I sort of miss it, face it I have a lot of opinions on gaming and like to share them to see what others think. I also have almost 40 years of experience and knowledge to call upon within the wargaming community.

I am really considering starting a fantasy based Podcast covering all things Fantasy miniatures related but would be mostly focused on Age of Sigmar. Maybe a once a month, long episode kind of show; with a rotating second chair cohost slot to start with. The second chair will be filled by any of my willing friends and guests from around the AoS community.

Age of Sigmar needs more positive voices in the community and I think that I could be useful in that roll.

If I were to do this what sort of content would you like to see on the show? Leave your comments below and I will take them into consideration.

Until next time keep your powder dry and dice flying!

The Northern California Age of Sigmar group had our first get together game day a couple of weeks ago. It was a total blast, we had 7 people show up and play games. Fun was had by all involved, I figured I would share the slight restrictions and modifications we are using for these events as many people seem to be a little worried about game balance. It actually worked really well for us, even though we all agree not every wound is created equal.


Army Building:
Each player must pick a faction from a single PDF as their main force to build the balance of their army out of. Then they may take up to two Warscrolls of allies from one other faction with the matching Order, Death, Destruction or Chaos Keyword.

So for example Timmy is taking Ogres as his main force and could take two Orc Warscrolls as allies from their list because both armies have the “Destruction” Keyword.

5-10 Warscrolls
1-4 Heroes
0-2 Monsters
0-3 War machines
80 Total Wounds Hard Cap
30 Wound Scroll Cap
Summoned Scrolls can only contain the minimum number of models that are listed on the scroll, no more no less. However, in the case of summoning Spells that specify a number of models determined by the casting roll like Tomb Kings Skeletons or Daemons you may use those numbers.

Measuring:
All measuring will be done to and from bases, this will just make things much cleaner and easier to determine what is in range.

Cover bonus:
To gain the armor save bonus from being in cover a model must have at least half its base within the terrain features footprint.


Later this week I will give some more thoughts on balanced gameplay ideas for Age of Sigmar.

Here are some pics from the event. 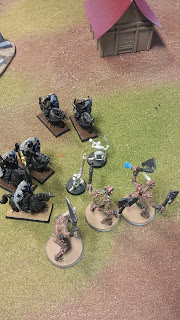 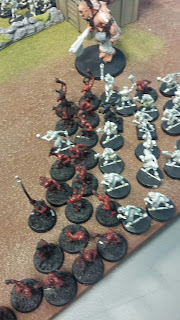 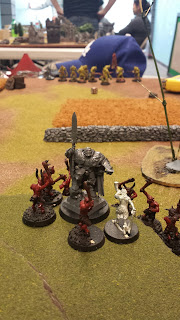 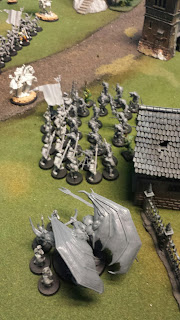 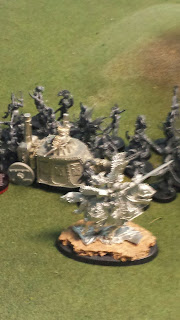 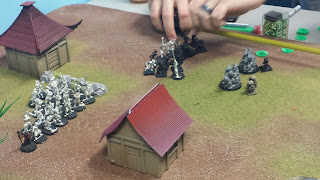 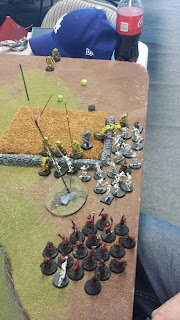 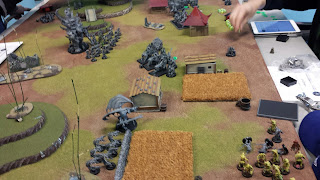 Until next time keep your powder dry and dice flying!


Welcome to the first hobby post for my Age of Sigmar Ogres/Ogors army that I am building. Up first is the completed Tyrant model I finished painting over the weekend. He is slightly converted as his left arm is not the stock sword arm from the kit; there was no way I was having a Gnoblar on his shoulder for all eternity. 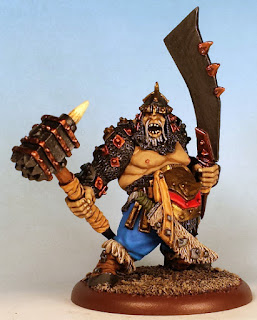 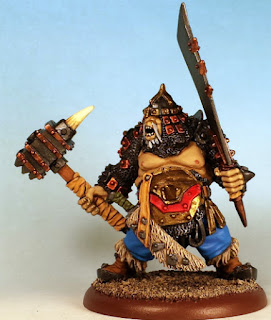 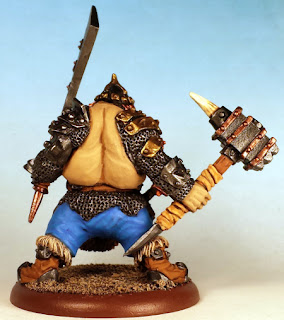 The next unit in the army will be a Unit of 3 Lead Belchers. 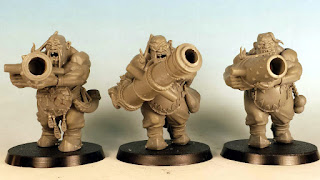 What I really love about the Ogres/Ogors in AoS is the fact that the army is even smaller than it would be in old WFB. At my groups current 80-100 wound army cap I need between 16 to 22 models total! I am furiously painting 80 wounds for an event we are going to have on the first weekend of December!

My transport case of choice

Big Jim
I've been Wargaming since 1977, my dad was and is an avid gamer. I fell in love with Wargaming, and have an interest in many facets of the hobby! It's been 30+ years, and I am still going strong.